The Journalist as Hemorrhoid 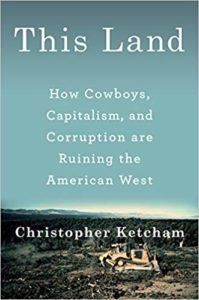 Occasionally I am subject to the hysterical stupidity of cable news, as when, for example, my father and I spend time together. He is 80, and likes to watch drivel such as CNN, Bloomberg Business and the like.

It is always a stunning experience to see the performing monkeys who masquerade on camera as journalists, since I get to see it so rarely.

First off, on this miserable morning of June 20, is the perfumed cheerleading squad at Bloomberg, who are prattling on and on about an IPO by a tech company called Slack.

“We are on tenterhooks,” the little minstrels tell us.

Me too – I’m waiting for the moment when someone blows up Bloomberg Business with a Molotov cocktail.

But alas, it doesn’t happen, and onward they race, in rapt attention to issues of total insignificance (this Slack being a company that…well, I don’t know what it does, but it probably doesn’t feed, clothe, or house the poor and the needy, or protect wild creatures and wild places, or educate our children – it probably does something totally useless, which is the reason the IPO is doing so well and the executives will be multimillionaires by day’s end).

Click – now we are at CNN, where the bloviators are delving into the question of whether we should attack Iran over its downing of one of the United States’ pieces of flying junk (a drone, apparently – or so the government and media inform us). The matter at hand – the only matter for the folks at CNN – is one of expedience, the utilitarian value of a military response, the “cost” to the United States in treasure and manpower, the “value” of the diplomatic and political “gain” of such an attack. We are talking about war here; we are talking about murder, though nothing of that is said. We are talking about killing children, and I pause on that thought a moment: I think of my own daughters, my seven year old and my twenty-three year old, torn to bits, their heads lopped off, their limbs scattered, their intestines unspooled…

But you CounterPunch readers know this, of course, and know too the real function of journalists in a robust democracy: we are the hemorrhoids on people and institutions that hold power. We afflict them. We climb up in their assholes, inflamed, growing ever more painful by the day, until, ideally, we explode and cause a deranged blood-poisoning that destroys the person or institution we have settled on hemmorrhoiding.

There you have it, the whole purpose of journalism. We are not here to provide solutions, policies, compromises, collaborations; we are not here to assuage or comfort or find workable ways forward, or to explain away the evils that men do (murder and more murder, of little children, in the name of, you know, “national security”).

No, at our best, the journalist is a saboteur; we place demolitions under corrupt structures and blow them up and walk away, with middle finger raised and laughter in our mouths.

Christopher Ketcham is the author of the forthcoming “This Land: How Cowboys, Capitalism and Corruption are Ruining the American West,” out in July 2019 from Viking-Penguin. He can be reached at This email address is being protected from spambots. You need JavaScript enabled to view it..