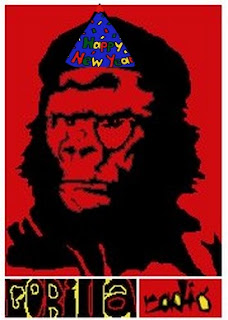 Welcome to the last show of this busy 2018. The year ends with Canada's foreign policy in a mess; and it's all of our own making. Prime Minister Trudeau has staggered the globe from one policy dumpster fire to the next, his ultimate misstep, (assuming he can manage the year's four remaining days diplomatic disaster-free) being the ill-advised December 1st arrest of Huawei executive Meng Wanzhou.

Though the Chinese government denies it, the arrest triggered the retaliatory nabbing in China of two Canadians, one an entrepreneur taking tourists from China into North Korea, and the other former Canadian diplomat and current Senior Adviser for North East Asia of NGO, the International Crisis Group, Michael Kovrig.

Kovrig's detention, (and rumoured mistreatment) shines a light on the intersection of NGO's, international diplomacy, and spycraft.

Yves Engler is a Montréal-based activist, essayist, and author. Some of his ten book titles include: 'A Propaganda System—How Canada’s Government, Corporations, Media and Academia Sell War and Exploitation', 'Canada in Africa — 300 Years of Aid and Exploitation', and 'The Ugly Canadian — Stephen Harper’s Foreign Policy'. His new book, 'Left, Right: Marching to the Beat of Imperial Canada' is freshly off the press.

Yves' numerous articles on the NGO/Neoliberal Order nexus appear at his site, YvesEngler.com, Dissident Voice, The Palestine Chronicle, and Pacific Free Press among other places, and his latest, 'Why do Raptors associate with blood-stained dictator?' explores the Giants of Africa charity and its partner, the Toronto Raptor's celebration of continental tyrant Paul Kagame.

The Left Coast Events Bulletin hiatus continues this week, but Janine will be back in the New Year to keep us up to date with the weekly good goings on in and around our town. So first, Yves Engler and getting to know the NGO's.