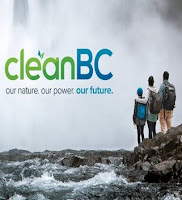 The NDP/Green government of BC has just released their new climate plan: CleanBC. The initial reviews are good.

The initiative's messaging has broad appeal; it looks to be a winner politically. Reps from BC ENGOs have welcomed the plan as needed climate leadership while pointing out that the emission reduction targets, though a cut above present emission reduction ambitions, are not nearly enough to stay under 2C let alone 1.5C.

There are lots of questions about the governments ability to craft policies to meet these targets, especially while planning to build an LNG export industry, but, in general, reaction has been positive because in reality the NDP/Green plan is less a climate plan than it is an optimistic, positive vision of a prosperous economy based on the growth of clean energy.

But climate change is getting worse fast with extreme weather already a potential economic and social threat multiplier and tipping points to Hothouse Earth close if not surpassed. And fossil fuel production and use and GHG emissions continue to rise with 'official' projections showing little decline until at least 2040.

In this context the new BC plan is another plan to fail. BC's plan to continue to try and reduce emissions while at the same time expanding fossil fuel production is now untenable; is not leadership considering what is at stake.

There is a dawning awareness that we are continuing to fail to mitigate climate effectively because decarbonization as presently envisioned, the framework for emission reduction for Canada and most of the world's countries, is pretend mitigation; it is a market-based slow transition with a very minimum of government action when climate change is an emergency requiring wartime mobilization style government action.

A much faster transition is needed then is possible with renewables competing against fossil fuels in present markets given carbon path dependence and carbon capture of government. Even though renewable capacity has grown exponentially, the share of oil and gas increased twice as much as renewable electricity between 2011 and 2016.

Fossil fuels, the very lifeblood of our accelerating economy, have been allowed to become a deadly toxin threatening all we know and love at ever increasing scale; climate change is a threat to people, economies, states, civilization, even humanity's existence.

After at least three wasted decades the scientific diagnosis requires timely treatment for what could now be a fatal condition. But the patient - and this includes both the BC public and government - stays firmly in denial because treatment might be too disruptive and therefor continues to try and shoehorn climate change into political and economic business as usual (BAU). 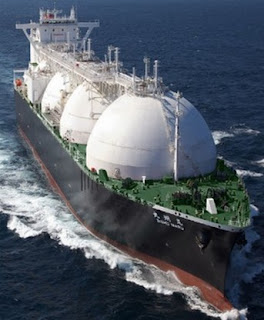 The CleanBC initiative remains firmly about trying to achieve the maximum emission reduction possible within BAU. This is all that is allowed in our neolib governments in the global economy and it isn't anywhere near good enough.

The slow transition is potentially a death sentence for all we know and love in BC. A regulated managed decline of fossil fuel production and use on a schedule based on the latest carbon budget science is the mitigation treatment needed.

Regulating a managed decline of fossil fuels, if effective, will require a Manhattan-style evolution to the post-carbon economy like what happened in WW2: the economy still working but redirected with agreement with government and business, labour, other governments, etc

Renewables have great potential if government unblocks to help escape carbon lock-in. There is a bright economic future IF we can make a fast transition. But first and foremost we need effective emission reduction. This must mean no new fossil fuel infrastructure at the very least. A managed decline of fossil fuel production has to be the new climate policy. Given our Hothouse Earth predicament the new CleanBC plan is continuing climate denial not leadership.

The new CleanBC plan is very similar to Premier Campbell's Climate Action Plan of a decade ago. It is forward thinking and leadership if compared to most other jurisdictions, but ultimately it just misleads about the scale of change that effective mitigation must now require and wastes precious time. It is not only not enough but this pretend mitigation plan keeps us going in the wrong direction:

"A fast, emergency-scale transition to a post-fossil fuel world is absolutely necessary to address climate change. But this is excluded from consideration by policymakers because it is considered to be too disruptive. The orthodoxy is that there is time for an orderly economic transition within the current short-termist political paradigm.

"Discussion of what would be safe—less warming that we presently experience—is non-existent. And so we have a policy failure of epic proportions. Policymakers, in their magical thinking, imagine a mitigation path of gradual change, to be constructed over many decades in a growing, prosperous world." — David Spratt and Ian Dunlop

We should have learned this important lesson in the wasted decade after the Campbell plan, Did we progress to effective mitigation? No, we did not - mitigation stalled with emissions continuing to rise and with more emissions from new LNG to come.

The NDP/Green CleanBC plan is just more denial, more magical thinking. CleanBC is positive, feelgood messaging, but real learning will be needed to get to effective mitigation.