Given that Israel had spent over $60,000 a year supporting Syrian rebel group Fursan al-Golan financially, it would make sense for Tel Aviv not only to develop and maintain ties with their commanders, but to rescue those commanders as the Syrian government continues its advance. 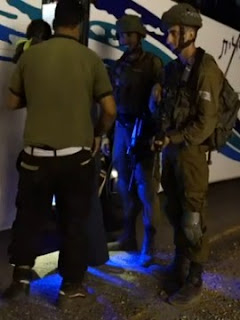 Over the weekend, and as MintPress predicted last Tuesday, the controversial Western government-funded “humanitarian” group, the Syrian Civil Defense — popularly known as the White Helmets — were evacuated from southern Syria as the Syrian government continues to gain ground in its offensive throughout the country’s southwest.

However, sources from within the Syrian opposition have revealed that the White Helmets were not the only ones evacuated from Syrian territory, as four top “rebel” commanders were also among the evacuees, undermining the heavily promoted narrative that the evacuation was purely “humanitarian” in nature.

According to Al Masdar News, four rebel commanders were evacuated by the Israel Defense Forces (IDF), which oversaw the evacuation operation: Moaz Nassar and Abu Rateb, of Fursan al-Golan (the Knights of Golan); Ahmad Nahs, of Alwiyat Saif al-Sham (Sword of al-Sham); and Alaa al-Halaki; of Jaish Ababeel. Al Masdar’s sources also stated that those same four commanders had previously been recruited by Israeli intelligence early in the conflict and had maintained ties with the Mossad over the years.


Though Al Masdar’s claims may seem shocking to some, there is plenty of evidence explaining why Israel would be interested in protecting commanders from these specific rebel brigades. In the case of Fursan al-Golan, for instance, the Wall Street Journal wrote last year that the Israeli government paid the rebel group an estimated $5,000 a month and a special Israeli army unit was created to oversee Israel’s support for Fursan al-Golan and other groups.

Israel’s support for the group has been so great that it’s spokesperson, Moatasem al-Golani, told the Journal that “we wouldn’t have survived without Israel’s assistance.”

Israel’s backing of the group is believed to have begun back in 2013 under orders from former Israeli Defense Minister Moshe Ya’alon, who sought to cultivate the presence of Wahhabi rebels along the border between Syria and the Israeli-occupied Golan Heights as a “buffer zone.” 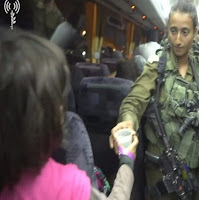 Given that Israel had spent over $60,000 a year supporting the group financially, it would make sense for Tel Aviv not only to develop and maintain ties with their commanders, but to rescue those commanders as the Syrian government continues its advance. Otherwise, the capture of the commanders by Syrian forces could reveal further proof of the web of connections between their group (and other related groups) and the Israeli government, as well as other foreign governments, including the United States.

Indeed, the United States – Israel’s greatest ally – has also supported both Fursan al-Golan and Alwiyat Saif al-Sham, as both groups were trained and equipped by the U.S. Central Intelligence Agency (CIA) back in 2013. Alwiyat Saif al-Sham, for example, obtained TOW anti-tank missiles from the United States in the process. Though the group was “vetted” by the CIA, it joined forces in 2015 with the Jaish al-Haramon coalition, a group based in southern Syria and led by al-Nusra Front – the Syrian branch of Al Qaeda.

The assertion made by Al Masdar that the rescued rebel commanders had connections to Mossad is also in keeping with precedent, as the intelligence agency has long helped bolster terror groups throughout the region. For instance, Mossad has supported the terror group Jundallah, active in Iran and Pakistan, and the Iranian terror group Mujahedeen Khalq (MEK).

And, as MintPress has previously reported, even some commanders of ISIS (Daesh) were later revealed to actually be Mossad agents following their capture.

Assertions of an Israeli evacuation of rebel commanders, if confirmed, would prove Israel’s “humanitarian” rescue of White Helmets members and their families was aimed at protecting assets of Israeli and Western intelligence that had helped to prolong Syria’s now seven-year-long civil war.

Whitney Webb is a staff writer for MintPress News and a contributor to Ben Swann’s Truth in Media. Her work has appeared on Global Research, the Ron Paul Institute and 21st Century Wire, among others. She has also made radio and TV appearances on RT and Sputnik. She currently lives with her family in southern Chile.