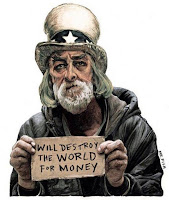 Well, my friends, I started to write an essay about the Brussels Declaration issued by NATO at the end of the American shakedown meeting with its allies on July 11, that, beneath the platitudes about “democracy” and “shared values” “defensive alliance,” “respect for international law” and layer upon layer of lies about “Russian aggression” is nothing less than a declaration of war. For that is what that document amounts to. Those interested can go to the NATO website and read it for themselves as paragraph after paragraph of fantasy and distortions are set out in that smug tone the war crowd likes to use to fool the rest of us.

But be prepared for your mind to be polluted with every word.

So I stopped writing that piece, tore it up; and I stopped because how often can any reasonable person write about the same thing, the same war propaganda dished out with breakfast, lunch and dinner on every TV channel, every radio channel, every newspaper, time after time, without being numbed by it all.

I started to write another piece about the Skripal affair but then news came that the British police claim to have identified two “suspects” in the original incident, and let it be leaked that, of course, they are Russians, no doubt named Boris and Natasha from the Bullwinkle cartoon, though the British government, to draw more attention to the leak, cautioned that the news may not be confirmed. But you can bet it soon will be, maybe by the time you read this. It’s difficult to keep up with the propaganda the forces for war are putting out on a daily basis.

I started to write another about the Trump-Putin meeting but once again, only succeeded in making myself depressed as I watched the US news media, from the so called “left” to the right, accusing Trump of treason for talking to president Putin about peace and cooperation instead of war and destruction.

All the mass media of the western world, that tragic array of countries led by charlatans, fools, gangsters and crooks that are the real face of capitalism, joined in with their fake gasps of consternation at the antics of the American president, all calling for the head of Vladimir Putin to be put on a spike next to Donald Trump’s.

Not since the days of the assassination of President Kennedy have we witnessed such malice and hatred against an American president. Not since the witch hunts of the McCarthy period when American society turned itself inside out has this level of hysteria been generated by the people that control the media and the government machinery.

Turn on the news, read a journal, and what you will see is not news but the ravings of secret service officials, interviewed by criminals with the morality of Julius Streicher, the Nazi propagandist hanged at Nuremberg, telling us they are the voice of truth and the rest of us better just shut up and take it.

I even heard one of them make the laughable statement that Putin’s gift of a soccer ball to Trump at their joint press conference, a mere souvenir of the World Cup, and a reminder to Trump that the Russians presented the best World Cup experience ever, is proof positive that Putin is “playing Trump”. I kid you not, and yes, they are that idiotic and that dangerous.

And yet, this same US president, who claims to want to resolve things with Russia, is the same man who bullied the NATO gang members to cough up more money for war preparations against Russia, who supports the ongoing Neo-Nazi regime in Ukraine slaughtering the people of the Donbass, who increases the build up of NATO forces on Russia’s borders, who supports the coup attempt against the Sandinistas in Nicaragua, against Maduro in Venezuela, who has slapped the Palestinians in the face, arranged for the White Helmet terrorists to be rescued from Syrian justice by Israel, and now Canada, who is harassing China with his navy and is intent on beggaring the world with a trade war so “America can be great, again.”

One has to wonder whether Trump is a willing dupe in the anti-Russian hysteria contrived by the war fanatics and willingly plays the foil so the hysteria can be raised to a crisis point. Trying to make sense of it all is a maddening affair, unless one goes back to basic principles of how the world works.

In his First Address of the General Council of the International Working Men’s Association on the Franco-Prussian War Marx wrote:

“If the emancipation of the working classes requires their fraternal concurrence, how are they to fulfil that great mission with a foreign policy in pursuit of criminal designs, playing upon national prejudices, and squandering in piratical wars the people’s blood and treasure?

“We defined the foreign policy aimed at by the International in these words: vindicate the simple laws of morals and justice, which ought to govern the relation of private individuals, as the laws paramount of the intercourse of nations.”

Yet, where does that exist now? Even president Xi of China recently wrote a letter to Paul Kagame, the mass murderer installed in power in Rwanda by the west, praising him and ignoring the millions of African dead that Kagame, among others, is responsible for. Morality is impaled on expediency and cynical opportunism. The great powers make international agreements and create institutions that temporarily establish how their competition for world plunder will be regulated and the rest of us be damned.

They did it after the First World War.

In twenty years that world order resulted in a bigger, more destructive, war. At the end of the Second World War, another world order was established in which the US tried to destroy the socialist movements of the world while the Soviet Union and Red China resisted in war after war after war; until the counter-revolution in the USSR produced the weaker successor state of Russia, China began the slide back towards the rule of capital and the US declared a New World Order in which it planned to dominate and exploit the people of the world. It then attacked Iraq, Rwanda, Somalia, Yugoslavia, Afghanistan, Iraq again, Libya, Syria and on and on. 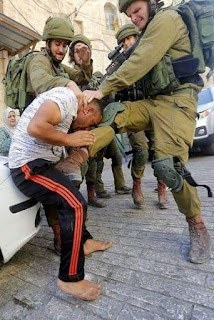 But their attempt to create this new order has met resistance in every region of the world and as the situation of the people deteriorates, especially in the USA, the reaction becomes more and more irrational and desperate and dangerous to our survival. Even as our industrial civilization brings us all to the edge of extinction, they bang the drums of war.

These successive world orders are continually upset by the very conditions and circumstances they produce as capital searches for ways to increase its exploitation of resources, including human beings who are seen as just another resource to be used and destroyed, for new ways to secure more profit. And so at each new historical phase, a new balance of world forces is established by fresh military conflict, followed by a fresh set of agreements, followed by new conflicts ad infinitum as the dialectic requires in a logic that only a socialist world order can stop.

International relations are a reflection of the contradictions existing in a world economy of competing national state and the class divisions within those states. The economy is global in character and so the struggle for the appropriation of global profit has become acute among the major economic powers with the United States facing a crisis that seems to be so deep that even world war is actively considered as a way out.

Capital has problems the world over, proved by the continuous push to squeeze the workers until we are just dry husks the world over. US capital has even bigger problems as its economy and influence weaken. So it is following the logic of war. If the system doesn’t favour you and you have the power to change it, change it to your benefit. That’s what they are doing, but in the doing they don’t care about life, or morality, or us.

So I did not succeed in writing what I intended but you have to forgive me because I’m beyond fed up with that dictatorship, with that system and their gorging while we starve and suffer their wars and decadence. I’m sure you are too.

For there is only one world order that I can accept, that can lead us, the working people of the world, out of the cul de sac we find ourselves in, a new world order founded upon morality and justice than can only come with the great emancipation of the working classes of the world, that possible dream, that only struggle can realise.

Christopher Black is an international criminal lawyer based in Toronto. He is known for a number of high-profile war crimes cases and recently published his novel “Beneath the Clouds. He writes essays on international law, politics and world events, especially for the online magazine “New Eastern Outlook.”