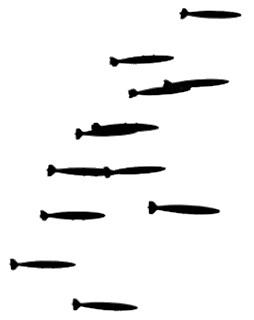 The USA is still bogged down in Afghanistan (the 16 year-old occupation is the longest in American history) and in Iraq (since the unconstitutional, illegal invasion of the country 14 years ago).

With about 30,000 poorly equipped fighters, the Taliban has held down a US equipped and trained Afghan army eight times larger in soldiers, plus the US forces – fluctuating from 100,000 at its peak to 8,500 now, plus contractors – with advanced air, sea and land weaponry that is second to none.

Moreover, the Taliban has been advancing, controlling 30 to 40 percent of the country and a third of the population, according to the Wall Street Journal.

In Iraq, the US had hundreds of thousands of soldiers and contractors during the Bush years. Yet today the country is still in the throes of a civil war, where a previously nonexistent threat – ISIS – with less than 15,000 fighters, has been successfully resisting a huge Iraqi army backed by US trainers and air force.

How can this be?

“because our presumption of unconquerable superiority leads us deeper and deeper into unwinnable military conflicts.”

Jim Fallows, asserts in The Atlantic, that our military “is the best-equipped fighting force in history…also better trained, motivated, and disciplined than during the draft-army years.” Nonetheless he concludes:

“Yet, repeatedly this force has been defeated by less modern, worse-equipped, barely funded foes. Or it has won skirmishes and battles only to lose or get bogged down in a larger war.”

It gets worse. Less than 3,000 ISIS fighters took sudden control in 2013 of Mosul, Iraq’s second largest city with over a million residents. Notwithstanding being vastly outnumbered by the Iraqi military and police – who fled – ISIS went on to control over a third of Iraq’s land area. Iraqis and US forces are now destroying West Mosul in order to save it from a few hundred remaining ISIS fighters.

“it is incontrovertibly evident that the US military failed to achieve any of its strategic goals in Iraq.”

Setting aside the fundamental questions about why we invaded Iraq and continued to occupy Afghanistan long after 9/11, Americans are entitled to question how continued American occupations across the Middle East serve any kind of vital national interest and why they continue to fail. 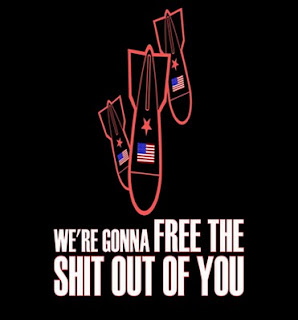 In his analysis, military historian Thomas Ricks writes that “an important factor in the failure” is that no one gets “relieved by the military brass for combat ineffectiveness.”

But there are other reasons all the way up the chain of command.

Cargo planes ship $100 bills in bulk to Kabul airport as part of an extensive bribery/extortion system that weakens the opposition to the Taliban, whose appeal to the masses, despite their harsh rule over them, is to drive out the foreign invaders.

That is a very powerful motivation, one that is lacking among Afghan forces and politicians whom the people of Afghanistan view as puppets of the US and its western allies.

Retired Admiral Mike Mullen makes another point concerning “the growing disconnect between the American people and our military.” He observes that,

“fewer and fewer [American citizens] know anyone in the military. It’s become just too easy to go to war.”

The ease at which we embrace military interventions is in large part due to a gross dereliction of duty on the part of the Congress, which allows the White House to commence wars, large and small, without legal authority. Congress is the only branch of government constitutionally authorized to declare war and appropriate funds for war. The Libyan war, which was pushed by Hillary Clinton and Barack Obama (and opposed by Secretary of Defense, Robert Gates) was waged without seeking either legal authority or funds from the legislative branch. The Obama administration took monies from the unauditable Pentagon budget to start that continuing disaster in Libya and neighboring African countries.

Listening to the House and Senate Armed Services Committee hearings, one finds a sycophancy and level of questioning by the lawmakers of Pentagon officials that would embarrass a mediocre high school student.

But the Senators and Representatives have their reasons. They simply do not want the responsibility for military action except to provide a virtual blank check from taxpayers for the Department and its avaricious, wasteful contractors who fund their campaigns.

Second, members of Congress see the military expenditures as a jobs program back in their states and districts.

Finally, members of Congress are not getting any heat from the detached, indifferent voters (with few exceptions), either during or between elections. Notice there is never a debate by candidates on the military budget – how it is used or misused financially and strategically (yet candidates regularly pledge ever increasing dollars for the Defense budget).

As a final cruel insult to our children and grandchildren, Congress, by refusing to fund the wars as they persist, has built up a huge deficit for future generations of Americans to pay. 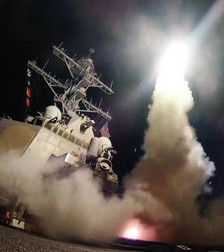 “A people untouched (or seemingly untouched) by war are far less likely to care about it. Persuaded that they have no skin in the game, they will permit the state to do whatever it wishes to do.”

But, collectively, we all have skin in the game. Look at the unmet needs in our country, crumbling infrastructure, toxic environments and the corrosive costs of corporatism escaping law enforcement that would protect consumers and workers.

It is the members of Congress who have no skin in the game. Very few of their children are in the armed forces. Were the American people to demand enactment of a one page bill that requires drafting all able-bodied children and grandchildren of members of Congress anytime they or the White House plunges our country into war, you would see a very attentive Congress that pays attention to its Constitutional duties and responsibilities.

Why not ask your Senators or Representatives to put such a bill in the hopper?