A disavowal of George Monbiot’s witch-hunt 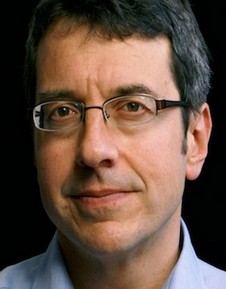 George Monbiot is again on one of his intermittent witch-hunts against “the left” – on this occasion, against anyone questioning whether the Syrian regime was responsible for the chemical weapons attack in Idlib earlier this month.

In a post on his website, called simply “Disavowal”, he dismisses those who have raised doubts about the official western narrative – such as MIT weapons expert Ted Postol; former UN weapons inspectors Hans Blix and Scott Ritter; and former US military and government insider Lawrence Wilkerson, chief of staff to Colin Powell when he was secretary of state – as a “few contrarians”.

I remember a time when Monbiot was a contrarian himself, on the environment and climate change.

Then, he would have proudly embraced such a denunciation as proof of his independence and critical thinking. Now it is a weapon to use against his critics.

On foreign policy matters, Monbiot has regularly shown poor judgment. Since the attack on Iraq, he has posed not as a cheerleader for intervention but as a weary onlooker, reluctantly conceding that whatever US, British and other western intelligence agencies say – and the largely uncritical reports of these statements by liberal media like his own newspaper the Guardian – should be given the benefit of the doubt.

The fact that these official assurances have so often turned to mush on closer inspection, whether in Iraq, Libya or now Syria, never strengthens his resolve to maintain more critical distance next time. Nor does it seem to raise any concern that, by failing to adopt a posture of rigorous scepticism, he is inadvertently conspiring in the promotion by the west and its allies, like Saudi Arabia, of their right to meddle in and attack official “enemy” states.

Monbiot has repeatedly denied that he wants a military attack on Syria. But if he then weakly accepts whatever narratives are crafted by those who do – and refuses to subject them to any meaningful scrutiny – he is decisively helping to promote such an attack. Noam Chomsky made this point in a different context in the book Understanding Power:

So when American dissidents criticize the atrocities of some enemy state like Cuba or Vietnam or something, it’s no secret what the effects of that criticism are going to be: it’s not going to have any effect whatsoever on the Cuban regime, for example, but it certainly will help the torturers in Washington and Miami to keep inflicting their campaign of suffering on the Cuban population [i.e. through the US-led embargo]. Well, that is something I do not think a moral person would want to contribute to.

It perhaps goes without saying that, as Monbiot has become less and less of a “contrarian”, he has turned his fire on those who insist on the right to be one. A few years ago that finally included Chomsky too, as I have previously discussed here.

One of the problems with Monbiot’s latest “disavowal” – presumably from the leftists he castigates in his short piece – is that it offers no justification for what it claims to be justifying.

In less than 48 hours after the attack in Idlib, Monbiot was tweeting that the evidence appeared to show Assad was responsible, while suggesting that anyone who doubted the Syrian regime’s role was likely driven by nefarious motives.

A day later, he was “99%” sure Assad’s government was responsible. Trump’s illegal attacks on Syria were only “symbolic” – a symbolic war crime, presumably – and would allow Assad to “carry on as before”. Did he mean Trump needed to launch more than a symbolic attack? That he needed to ratchet up the violence to stop Assad “carrying on as before”? It is this kind of irresponsibly ambiguous language – from a journalist skilled in the use of words – that can serve only to aid an agenda Monbiot says he opposes.

Then weapons expert Ted Postol muddied the waters. He offered a critique of the only real evidence for the attack that is publicly available – Youtube videos, photos and a White House report.

Neither I nor Monbiot are chemical weapons or missile experts, so we have little to contribute to the technical arguments. But we can maintain a critical distance while others do, and weigh the evidence they produce.

But that is not what Monbiot did. He was sure of Assad’s responsibility for the attack before there was any evidence that hadn’t been supplied by western intelligence agencies and western news outlets – the latter depending on local sources from an area controlled by violent, ruthless jihadist groups. There is a good reason why independent experts, western journalists and neutral parties are not operating in these areas, after all.

Now Monbiot wants to point to recent critiques of Postol’s analysis as evidence for why he was right to blame Assad at the outset; and why, further, those who have refused to jump to conclusions, as he did, are exposed as Assad apologists.

Even if we assume the criticisms of Postol’s work are based in evidence and factually right (and neither he nor I are in a position to know that), he did not wait for Postol’s analysis, or for the subsequent critiques of Postol’s work, to reach his own conclusions. In short, Monbiot’s mind was made up from the beginning. That – and only that – is what he is being reprehended for by the vast majority of his critics .

But there is an even more important issue here, at least for anyone who is really interested in getting to the truth of what happened, and wants to stop official narratives being abused to promote greater western military intervention (and suffering) in Syria.

We need more of an engaged debate about evidence, not less of it. Postol, Blix and Ritter may all be wrong. But they should have a fair hearing and their arguments should be fully engaged with in the mainstream – especially, in supposedly liberal media outlets like the Guardian. Anyone who wants to understand what happened in Idlib must also want a vigorous and open debate that most members of the public will have access to.

So how much coverage have these counter-narratives received in the corporate media? Precisely zero coverage in the UK media, as Media Lens have pointed out. The evidence marshalled by the doubters has been shunted – as ever – into the corners of the internet, which is exactly where US, British and French officials want it.

Is Monbiot protesting the lack of engagement with these counter-narratives and the evidence the experts – and they are experts, whether he likes it or not – have proffered? Is he demanding that his paper, the Guardian, give a hearing to Postol, Blix and Ritter? No, he most definitely isn’t. In fact, he has been doing the precise opposite. He has discredited the doubters, and even those who simply want the debate to take place, as Assad apologists.

This is the behaviour of a propagandist, not a free thinker. I disavow too.