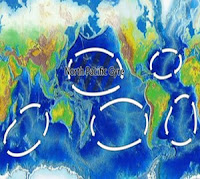 For 21st century capitalism the more disposable the better. Ocean life and human health be damned. According to a recent Ellen MacArthur Foundation study, the world’s oceans are set to have more plastic than fish by 2050.

At the current rate of production and disposal the net weight of plastic in the oceans will be greater than that of fish in a little over three decades. There are currently 150 million tonnes of plastic debris floating in the world’s oceans.

Most of it takes centuries to break down.

Thousands of large animals – such as turtles and birds – die every year from indigestible plastic debris in the ocean. Millions of other sea creatures suffer when they consume plastic.

The Canada-US Great Lakes – the largest freshwater ecosystem in the world – have also accumulated large amounts of plastic. A study released in December concluded that almost 22 million pounds of plastic debris are dumped into the Great Lakes annually. Microplastics in the lakes “act like sponges for certain pollutants and are easily ingested by aquatic organisms, including fish and shellfish, which may ultimately end up on our plates.”

During the second half of the 20th century plastic production rose 20 fold and it’s on pace to double over the next two decades. More plastic was produced during the first decade of the 21st century than in all of the 20th.

The first disposable plastic pop bottle was produced in 1975 and the first plastic grocery bag was introduced a few years earlier.

Before wreaking havoc on ocean fauna, plastics also harm human health. In 2014 Mother Jones published an expose titled “Are any plastics safe?” It noted, “almost all commercially available plastics that were tested leached synthetic estrogens—even when they weren’t exposed to conditions known to unlock potentially harmful chemicals, such as the heat of a microwave, the steam of a dishwasher, or the sun’s ultraviolet rays.” The Mother Jones story draws a parallel between the plastic and tobacco industries.

The Canadian Environmental Protection Act provides the federal government with a tool to restrict toxic substances while Environment Canada operates a scientific review to test for possible harm. Yet few plastic products have been outlawed.

Controversy over the use of BPA (bisphenol A) in baby bottles and some toys prompted the federal government to ban use of this chemical in baby bottles but BPA is still used in other plastics. Similarly, in 2010 the government announced it was banning Polybrominated diphenyl ethers (PBDEs) flame retardants, which have been linked to cancer and other health ailments, but it didn’t outlaw the toxins from new plastic consumer items such as TVs until December and continues to allow PBDEs to be used in manufacturing items.

The toxins in plastics should be better regulated. Plastics can also be made less damaging by producing them from waste products and improving their decomposition. Additionally, measures to promote recycling are necessary. But, as Ian Angus points out, recycling is often a way for the industry to divert “attention away from the production of throwaway plastics to individual consumer behavior—the ‘solutions’ they promote involve cleaning up or recycling products that never should have been made in the first place.”

To that end activists have pressed universities to stop selling plastic bottles and for cities to restrict free plastic bags. While helpful, these efforts are overwhelmed by an economic system enthralled to wasteful consumption. Based on externalizing costs and privatizing profits, 21st-century capitalism is turning our seas into a plastic blob.

Yves Engler is the author of Canada in Africa: 300 years of aid and exploitation.

Read other articles by Yves.