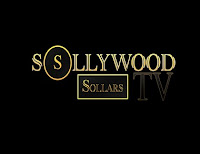 Solomon Adekale, filmmaker crypto-currency entrepreneur and founder of Sollywood TV and the New Money project, first recognised the Hollywood pricing problem when he was studying in film school.
His answer was: a free market where any content creator or provider could sell their content at a price that viewers would be prepared to pay, whether that was $7.99 or $0.07 – or even way less.
The platform would take a 10-20% fee, and the rest would go to the creator or provider. That’s unheard of in the industry.

“Back in film school, I realized the pricing nonsense of Hollywood didn’t actually start at the top, it started at the very bottom with us; student filmmakers. ‘From the very first day we start shelling out thousands of dollars for that education; not once are we taught that our films are worth anything but the fee we have to pay to have them shown at someone else’s film festival. It should be worth something. And that’s sort of how it hit me…”

The New Money project will be partnering with Cryptonomex, OpenLedger, ShareBits and the Muse project for the upcoming technical development. They are set to begin production on the video in April showing how New Money will challenge and disrupt Cable’s $200 billion business model.


As typical of most crypto-currency projects, Solomon and his New Money project partners will be launching a pre-sale token to help reach their short and long term goals.
This token is called SoLCerts. It is essentially a crypto-currency token that represents a future Sollar or 100 $ense today. The token has been created as a way to exchange future Sollars today in exchange for top crypto-currencies like Bitcoin, Ether, Bitshares and more.
The initial 14 days presale auction is handled on OpenLedger account name ccedk.escrow2 by the emerging escrow services offered by CCEDK ApS, the registrar of OpenLedger – the world’s first decentralized conglomerate.
They are being auctioned for less than Sollars’ exchange rate value to the Dollar. 100% of all funds raised from the SOLCERT auction will go towards promoting and achieving a successful new model for content creators to sell their work.

To create an OpenLedgeraccount and participate in the crowdsale please go to: https://openledger.info
To read more about SollywoodTV and the New Money project please go to: //medium.com/@sollarsandsense/new-money-can-this-really-be-the-final-nail-in-cable-tv-s-coffin-b8727d74e55a#.96s3tirzl">https://medium.com/@sollarsandsense/new-money-can-this-really-be-the-final-nail-in-cable-tv-s-coffin-b8727d74e55a#.96s3tirzl
Watch the New Money explainer video at: https://www.youtube.com/watch?v=IjqUQtuLUAk
Follow New Money on Facebook at: https://www.facebook.com/newmoney777/